This cinnamon roll banana bread is the best combo of both cinnamon rolls and banana bread! It's absolutely delicious while being gluten-free, dairy-free, and a vegan-option. Seriously one of my favorite loaves!

Here are the ingredients you'll need:

Store this loaf at room temperature or in the fridge for up to 4 days before moving to freezer. 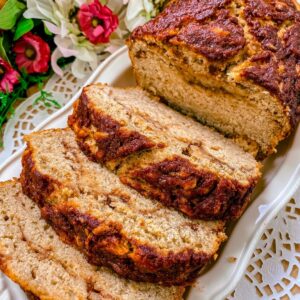 For the banana bread:

For the cinnamon swirls: