This homemade granola has all the cozy flavor of fall with apple and cinnamon! It's so simple to make and much less expensive than store bought granola. It's vegan, gluten-free, dairy-free, and refined sugar free!

Here are the ingredients you'll need: 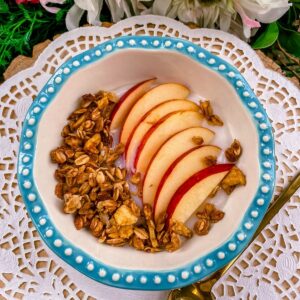